I spotted this tag ages ago on Alicia @ A Kernel of Nonsense‘s blog, and kept the questions in a draft post, should the need ever arise to complete it. Considering my review for Harry Potter and the Cursed Child went up yesterday (and to give you a break from book reviews now my blogging mojo has returned), I thought today was the perfect day for a tag. The Harry Potter Tag was originally created by Underland to Wonderland (you can leave a link to your post on the original Harry Potter Tag). *Beware* there may be spoilers ahead.

1. What is your favourite book?

2. What is your favourite film?

Such difficult questions! Again, I’ll say Harry Potter and the Philosopher’s Stone, because the first one got all of the characters so spot on, and brought the world to life in the most perfect way, but this time it’s tied with Harry Potter and the Prisoner of Azkaban. I thought the movie really did that book justice.

3. What is your least favourite book?

Ahh, so difficult. As much as I really love them all as a whole, my least favourite was always Harry Potter and the Chamber of Secrets. Not too sure why. I never really did connect with Ginny, and the plot didn’t grab me as much in that one.

4. What is your least favourite film?

I thought Harry Potter and the Half-Blood Prince was a little lacking, as were the final two movies at times. Like I say, it’s been a while since I’ve read the books and then watched the movies, but I’m pretty sure there were more minor changes towards the end of the movie series, and more little add-ins that weren’t in the original books (that dance scene?!).

5. Parts of the books/films that make you cry. 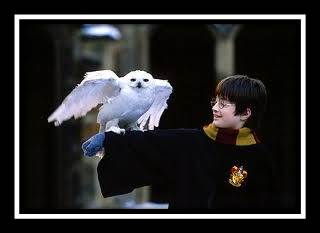 6. If you could hook up with any character, who would it be?

It’s really weird that I never think of Ron or Harry as romantic interests. Maybe because I’m older now? I still don’t think I fancied Harry as a kid though. Either one of Ron’s brothers (the dragon-tamer was a bit of alright!), or Sirius. I definitely had a thing for Sirius.

7. Who is your favourite character?

This question is impossible! I love Dumbledore and Hagrid, I obviously love the Golden Trio, I always had a soft spot for Sirius and Professor McGonagall, and Lupin, and the Weasley’s.

8. Who is your least favourite character?

Umbridge. I hate Umbridge. More so than Voldemort even. Honestly, that woman is woeful. Another character I kind of hated, but at the very least really didn’t like, was Luna. Everyone seems to love Luna! I’m sorry, I don’t see it.

9. What is your favourite line?

I don’t keep a quote notebook, so it’s not like I can refer to it right now to save me, but there are loads that have been made iconic in one way or another. “Always” being one. I really like anything Dumbledore says, but especially, “It takes a great deal of bravery to stand up to our enemies, but just as much to stand up to our friends”.

10. What would your patronus be?

Probably a cat, because I’m a cat person. Or if I want to be a bit more feisty a lion or a tiger. Definitely something that prowls.

11. If you could have the Resurrection Stone, Invisibility Cloak or Elder Wand, which would it be?

The Invisibility Cloak. As awesome as it sounds, eternal life probably isn’t all it’s cracked up to be, and an all-powerful wand just attracts trouble.

Gryffindor, through and through (well, Pottermore says so, so I take that as Gospel).

13. If you could meet any member of the cast, who would it be?

Any and all of them?! Emma seems like a great Book Geek, I’m sure we’d get on well.

14. If you were on the Quidditch team, which position would you play?

Eh, no. I don’t do sports, or magical sports, thanks. I’d made an excellent spectator!

15. Were you happy with the ending?

16. How much does Harry Potter mean to you?

It’s such a cliche, that so many HP fans say, so it’s not like it’s unique to me, but it really does represent my childhood. I grew up with these characters from age 9 to 16/17. I learned from them, I cried with them. I dreamed of going to Hogwarts. I got super excited every time there was a new release. I reread them all the time when I was a kid. I’m thankful to be able to adore something as much as I adore HP.

What about you? Leave some of your answers to these questions below, or if you do the tag (or have done the tag already) leave a link below so I can check out your answers! 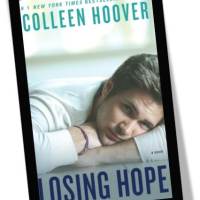