Far From You by Tess Sharpe, published in April 2015 by Hachette Children’s Group.

That’s how long recovering addict Sophie’s been drug-free. Four months ago her best friend, Mina, died in what everyone believes was a drug deal gone wrong – a deal they think Sophie set up. Only Sophie knows the truth. She and Mina shared a secret, but there was no drug deal. Mina was deliberately murdered.

Forced into rehab for an addiction she’d already beaten, Sophie’s finally out and on the trail of the killer – but can she track them down before they come for her?

I was super surprised by just how much I loved this book. This is a debut novel and it is fab-u-lous. This novel made me have all the feels – the characters, the storyline, the mystery, the unfairness, the heartbreak. It was just. so. good. My only real concern was that chapters alternate from the past to the present, which normally wouldn’t bother me, but in Far From You the past-chapters aren’t told in past-chronological order, so I kind of felt a little muddled at the start (that could also be because I didn’t have the chance to get into the book in the first sitting, so I was a little distracted too). It didn’t take long to get into the swing of things though.

I LOVE that cover. And then, then you realise that the cover has a significant impact, and now every time I look at this book my heart aches a little and I want to hug it. The characters are so well developed in this book. We’re introduced to them in the present, but then the flashbacks will build on what we know of them, to the point where I think we get to know most of them pretty well. And the red-herrings definitely got me -I think I really suck at guessing mysteries and who-done-its, which I think just makes them more interesting for me as I get the shock-factor. I’ve seen that some people weren’t too fussed about the reveal, but I found that whole aspect of the novel really intriguing – Sharpe takes us to a whole new place I wasn’t expecting to go in this book.

I may get tomatoes thrown at me for saying this, but sometimes I really struggle with Mina’s character. I don’t want to spoil anything for anyone, so I’ll not go into too much detail but I will say this – I think the novel portrays the struggle of figuring out who you are during your teens really well, and also the conflict between who you are/want to be and who others think you should be, but sometimes I felt that Mina was being really unfair to Sophie, and I get it, I know that’s part of the story and kind of the point, but it made me a little frustrated and sad at times. I also was secretly rooting for Trevor…

Sharpe handles some seriously tough topics in this debut so well, and she gives us a non-cheesy mystery to-boot, throw in a dash of romance, a sprinkle of heartache and a wallop of emotion, and that pretty much sums up the recipe for Far From You. I’d definitely recommend this read.

Have you read Far From You? Link me up to your reviews if you have! And if you haven’t read it yet, what are you waiting for?! 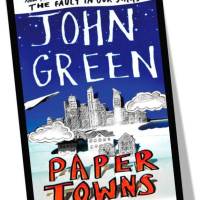 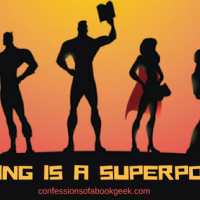 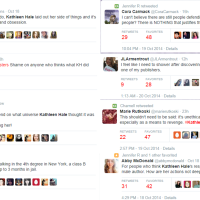