Read: July 2014
Genre: New Adult/Romance/Contemporary
Source: Publisher – this does not affect my opinion of the book.
#Pages: 448

Goodreads Synopsis: Fiercely independent Camille gladly moved on from her childhood before it was over. Now tending bar at The Red Door, Cami doesn’t have time for much else besides work and classes, until a trip to see her boyfriend is cancelled, leaving her with a first weekend off in almost a year. Trenton Maddox was the king of Eastern State University, dating co-eds before he even graduated high school. His friends wanted to be him, and women wanted to tame him, but after a tragic accident turned his world upside down, Trenton leaves campus to come to grips with the crushing guilt.

Eighteen months later, Trenton is living at home with his widower father, and works full-time at a local tattoo parlor to help with the bills. Just when he thinks his life is returning to normal, he notices Cami sitting alone at a table at The Red. As the baby sister of four rowdy brothers, Cami believes she’ll have no problem keeping her new friendship with Trenton Maddox strictly platonic. But when a Maddox boy falls in love, he loves forever—even if she is the only reason their already broken family could fall apart.

Having read (and loved) Beautiful Disaster by Jamie McGuire, I was really excited about a story that brought us back into the world of the Maddox brothers. So, it surprised me that I actually have mixed feelings about this book. I really liked a lot of the characters, and I definitely got the sense that McGuire may have been trying to create stronger/more independent female characters, and slightly less psychotic male characters, following some of the critique for Beautiful Disaster. But somehow, elements of the plot and storyline left me… unsatisfied.

*Warning* There may be some minor spoilers in this review.

I had more issues with this book than with Beautiful Disaster, which is ironic considering Cami is a stronger female lead, and Trenton is slightly less controlling than his brother Travis (the male protagonist in Beautiful Disaster). Cami’s relationship with T.J felt slightly strange to me, I could be wrong, but I wouldn’t imagine you would be head-over-heels in love with someone you’ve been dating for six months, especially when you haven’t seen them for the last three. On top of that, there was a lot of cloak-and-dagger surrounding T.J’s job and why he wasn’t around, that was never discussed in detail and left me a bit confused. It is possible this was mentioned in more detail in Beautiful Disaster and I just couldn’t remember it. That was something I thought was very obvious about this book, particularly in the last third; I felt the story relies on the reader having already read Beautiful Disaster for this novel to make much sense.

I really enjoyed the characters’ back-stories, the challenges they faced in their own lives and their attempts to overcome them. They could be dark, and gritty and pulled me into the story. I adored the banter between our two main characters and loved Cami’s sense of humour. However, I’m also beginning to understand some bloggers’ frustrations with the NA genre, as there were a lot of stereotypical elements involved in this novel that really hit home with me for the first time. I’m beginning to wonder if the first time you read a book like this you enjoy it, but then all books after that rely on the same repetitive themes become, to my mind, less original and therefore less enjoyable.

Elements of Beautiful Disaster are woven into this story, which I really enjoyed, but I kind of feel like they weren’t explained well enough for someone who hasn’t read the original novel to understand, and I definitely feel that the last third of the novel was rushed and wrapped up a little too quickly. There is a surprise reveal, which “got me”. It was an “ahhh” moment but somehow it still left me a little confused. And – major brownie points were dropped due to a lack of “quotables”. There were none that gripped me in the way that I love, and so there are no quotes in this review… As I said at the start of this review, I felt unsatisfied. I had a Maddox brothers itch that needed scratching, and Beautiful Oblivion just didn’t hit that mark.

This review may be appearing quite doom and gloom, so I do want to say that I did enjoy this read despite my issues with it and if you are a fan of the Maddox brothers, you should still give it a go. I’m hoping the rest of this series (not sure how many there are) may answer a few questions and that the series as a whole will be more satisfactory than this book on its own. There was a lot of sexual chemistry between our main characters, and I felt the (small number) of sexual scenes were well written, so many props for that. I know it’s unfair to compare this series with Beautiful Disaster, but it is set in the same world, and for me there were too many similarities and not enough of an individual voice for this story.

I read and reviewed this book as part of the #sexmeup readathon. To find out more click here. 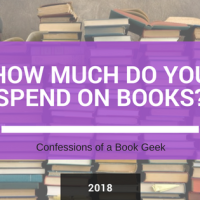 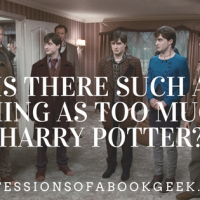