The Rosie Effect by Graeme Simsion, published September 2014 by Penguin.

Read: January 2015
Genre: Adult/Romance/Contemporary/Humour
Source: Publisher – this does not affect my opinion of the book.
#Pages: 420
Get It Now: Wordery

Goodreads Synopsis: With the Wife Project complete, Don settles into a new job and married life in New York. But it’s not long before certain events are taken out of his control and it’s time to embark on a new project…

As Don tries to get to grips with the requirements of starting a family, his unusual research style gets him into trouble. To make matters worse, Don has invited his closest friend to stay with them, but Gene is not exactly the best model for marital happiness. As Don’s life with Rosie continues to be unpredictable, he needs to remember that emotional support is just as important as practical expertise.

I read and reviewed The Rosie Project (4/5) last year, and while I did enjoy the novel, I didn’t rave about it quite as much as some others did, but I was still interested to know where the story would go in the next installment, and what predicaments our lovable protagonist would get himself into. The Rosie Effect maintains the endearing and entertaining intelligent humour of the first novel, but I did feel that it was perhaps an unnecessary extension that will likely only be truly appreciated by those who loved the first book.

The Rosie Effect, for the most part, is a light and entertaining read. However, there are some circumstances in the plot (particularly towards the last 20%) that resulted in me being frustrated with both of the main characters. I felt disengaged – elements of the story felt hyperbolised (is that even a word?!) purely to increase the entertainment value, which may translate well on the big screen, but instead frustrated me and left a slightly sour taste in my mouth. This was a difficult book for me to write a review on, as I didn’t have particularly strong feelings either way, but I spoke with a couple of bloggers after finishing it, and those conversations highlighted issues I had with the book, that I struggled to put into words.

My biggest issue is the fact that although it’s hinted many times that Don suffers from Aspergers, this is never developed in any “real” way – while his quirks read as endearing, that element of the story hasn’t evolved and to me it felt like a bit of a cop out. Yes, this is supposed to be a funny and contemporary read, but does that mean it has to lack substance? Some of the characters introduced in this novel were a welcome breath of fresh air, I particularly liked George and Dave, as they helped add more dimension to the story. While overall I found this to be a reasonably good read, I also felt the story was wrapped up much too quickly within the last few pages, and it was far too rushed for the events of the plot.

“I wanted to shake not just Lydia but the whole world of people who do not understand the difference between control of emotion and lack of it, and who make a totally illogical connection between inability to read others’ emotions and inability to experience their own.”

“Dishonesty was part of the price of being a social animal, and of marriage in particular.”

Have you read The Rosie Effect? Did you enjoy it? Or did you feel there was something lacking? 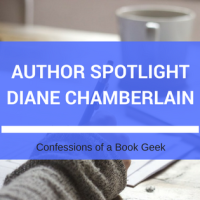