So, this month I’m taking part in Sci-Fi November – an event that, for me, includes reading and reviewing books that fall into the Sci-Fi genre, and today I’m also bringing you an interview with award-winning Sci-Fi author, Ian Sales!

R: Ian, introduce yourself and tell us a little about you, what do you do when you aren’t writing/blogging?

IS: I work for a well-known Internet Service Provider, I grew up in the Middle East but now live in South Yorkshire, I don’t actually remember the first Moon landing as I was very young at the time, and I’ve been reading Science Fiction since I was 11 but I’ve only been seriously writing it for about ten years. I review books for Interzone, I curate the SF Mistressworks website, and I watch rather a lot of films – mostly foreign films and classic Hollywood films (I don’t have much time for modern Hollywood blockbusters).

R: See, I’m quite the fan of the modern blockbusters… What inspired you to become a writer? Did you set out to specifically write novellas? And what drew you to the Sci-Fi genre?

IS: Science Fiction has been my first choice of reading material since I was a kid, so if I was going to write anything, it would be Science Fiction. But I didn’t actually set out to be a writer. When I first joined the fandom back in the late 1980s/early 1990s, most of the people I met were SF writers. I started out reviewing books, and then sort of fell into writing.

I write at whatever length the story feels it needs. Adrift on the Sea of Rains came out of a flash fiction piece I’d originally written for the 40th anniversary of the first Moon landing on a blog I run, A Space About Books About Space. I’d enjoyed writing the story so much I wanted to do something similar at longer length, and a novella seemed to have the necessary room to do everything I wanted.

R: Adrift on the Sea of Rains is quite a technical read, how much research goes into your work, and how much of it is factually accurate?

IS: It’s all factually accurate. Well, obviously, the US never had a base on the Moon, but all the technology in the novella existed, or at the very least was on the drawing-board, at some point. One of my main objectives with Adrift on the Sea of Rains‘ glossary was to hide the join between our world and the alternate history of the novella. So while it describes far more Apollo missions than actually took place, all of the astronauts named on those invented Apollo flights were real astronauts.

The same is true of the rest of the Apollo Quartet. In the second book, The Eye With Which The Universe Beholds Itself, I based the mission profile for the flight to Mars on a very real proposal from 1966. And while some of the more speculative elements clearly can’t be real, I was careful to base all the spacecraft and hardware on known technology. The third book, Then Will The Great Ocean Wash Deep Above, is even more factually accurate. The Mercury 13, who form the astronaut corps in the novella, are all real people, a group of women who took the same medical tests as the Mercury astronauts – and passed them. Likewise, the dive for the spy satellite film canister was based on a real CIA/US Navy operation. And for the final book, All That Outer Space Allows, the lead character and her astronaut husband are invented, but everyone else is a real person, and the events described in the novel really took place.

There’s a lot of research in the Apollo Quartet, as is evident from the bibliographies. I probably read around a dozen books before starting each novella, and have around that many piled next to the computer to refer to as I’m writing. It’s been important to me during the writing that as much as possible in the stories can be searched for on the Internet.

R: That is some amount of work, and it makes it all the more fascinating while reading the novellas to know they are based on real-life events and people. Now for a question all Book Geeks love to ask: who are some of your favourite authors, or your favourite books, and why?

IS: My favourite authors include Lawrence Durrell, Gwyneth Jones, Paul Park, DG Compton, Mary Gentle, Malcolm Lowry, DH Lawrence, Olivia Manning, Helen Simpson, Joanna Russ, Hanan al-sHaykh, and Paul Scott… Among my favourite books are Coelestis, Kairos, Ash: A Secret History, The Alexandria Quartet, The Master Mariner, Girl Reading, Dhalgren, Take Back Plenty, The French Lieutenant’s Woman… Why? I love the writing in them, and I think they do something really interesting with fiction and narratives. They’re novels that not only make you think about the topic of the story but about the whole concept of fiction and the compact between writer and reader.

R: Loads of great recommendations there for Sci-Fi fans. For those who aren’t familiar with your books, The Apollo Quartet, introduce Book Geeks to it in one sentence.

IS: It’s four novellas, each based on alternate futures for the Apollo programme after it succeeded in putting Neil Armstrong and Buzz Aldrin on the Moon in 1969 – in one it leads to a military moon base, in another the first crewed-mission to Mars, another uses an all-female astronaut corps based on the Mercury 13, and the last book, which is actually a novel, is set during the real Apollo programme between 1965 and 1972.

R: Excellent descriptions, I must read the novella based on the all-female crew next! How do you know when your books feel “done”? How do you recognize that time when you are completely happy with them?

IS: I don’t think you’re ever completely happy – you just have to recognise that at some point there’s no advantage to any further polishing. Happily, I have several beta readers and I trust their judgement, and I always pass my writing by them before making a final decision on it. I have, for example, a bad habit of speeding-up toward the end of a story and finishing it in a rush, and they always tell me I need to go back and rewrite it. So I do.

R: Rushed endings happen quite a lot, and it is disappointing for the reader when you want a really satisfying finale. Book covers are very important to Book Geeks, tell us a little about the inspiration behind your book covers for this series.

IS: I designed the cover of Adrift on the Sea of Rains myself. I’d played around with a few ideas, mostly based on photographs from NASA. But then one night I was watching a Michelangelo Antonioni film, Red Desert, and in it a character picks up a paperback – and I realised I wanted cover art that harkened back to those old paperbacks of the 1960s. My sister designed the covers to The Eye With Which The Universe Beholds Itself and Then Will The Great Ocean Wash Deep Above. I explained what I wanted for the first, but gave her free reign for the second – which is what I should have done for both… I’m releasing new paperback editions of the current three books with the launch of All That Outer Space Allows, and books one and two will feature new cover art, so all four look like a set.

R: We’re also fans of matching covers for series, our Bookish-OCD can cause many of us heart-ache! What is your most favourite, and least favourite, part of the writing process?

IS: Least favourite, the writing, obviously 🙂 I tend to write about things that interest me, so I always enjoy the research – whether it’s reading widely to get a feel for the subject, or reading more closely so I can get it factually correct in my story. I also tend to work on a rolling draft, so I’m always rewriting – and rewriting something you’ve previously written is always easier than coming up with new sentences.

R: Weigh in on the eternal debate – eBook or hard-copy?
IS: Hard-copy, definitely. And I prefer hardbacks to paperbacks.

R: Do you prefer to type stories on a computer, or hand-write in a notebook?
IS: Type on a computer. I sometimes make notes on paper, but half the time I can’t read what I’ve written afterwards.

R: What is your favourite word?
IS: Schnuddelhong: it’s Luxembourgish for “turkey” (the bird), and translates as “snot hen”. I’m also quite fond of svamp (Swedish for mushrooms), doedelzak (Dutch for bagpipes) and rafrafa (Arabic for “to flap a wing like a bird”).

R: Which 5 fictional characters (books, TV, film etc.) would you invite to a dinner party?
IS: I have no idea. I can’t get invested in fictional characters to that extent as generally – and particularly in genre fiction or commercial fiction or popular films – they’re simply not credible as real people. I can think of a number of real people I might invite, but even then it’s difficult not to pick ones who you think might be interesting, but you’re fairly sure you won’t actually like on a personal level.

R: Which do you prefer in books – contemporary or classic?
IS: A mix. At the moment I’m reading novels by twentieth century British women writers who don’t seem to be read any more, such as Olivia Manning, Elizabeth Taylor, Storm Jameson, Pamela Frankau, Naomi Mitchison, Susan Ertz, GB Stern, Rosamond Lehmann, Dorothy Whipple… But I also enjoy reading more recent fiction – and not just science fiction, but also some crime and some literary fiction. Also, if something is getting a bit of a buzz in genre circles, I’ll give it a go. There are, of course, those authors I’ve been reading for a decade or more, who are still producing new stuff. I’m more likely to read a book because of who wrote it than I am because of its story, genre or what other works it may resemble.

R: What is your favourite non-fiction book?
IS: Red Plenty, Francis Spufford. Or Moondust, Andrew Smith.

R: Do you prefer the hero or the villain?
IS: Depends, whichever is better-written.

R: When you read, or write, books do you believe in book monogamy?
IS: No, I overlap books quite often.

R: What are you currently working on that we can look forward to?
IS: The final book of the Apollo Quartet, All That Outer Space Allows. After that I’m thinking of writing a novel about humanity’s first interstellar mission.

I’d like to thank Ian (and Andrea Johnson @ Little Red Reviewer) for providing me with a copy of his novellas to review and for being interviewed for Author Spotlight! 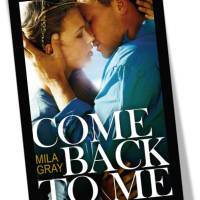